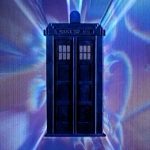 Hi welcome to my page!Edit

I have been a Star Wars Fan since 2004. I Started my collection of Star Wars Merchendise after watching the Original Clones Wars series. I mainly collect the Hasbro Toys, Xbox Video Games & SW Comic, but I also collect the DVDs.

I am a regular Wikia User, although latly due to the new layout, I've not been on much. I'm usually editing, the Doctor Who Collector's Wikia the Dad's Army Wikia (Admin), Blackadder Wiki and Here. I know my way round most of wiki's features, and am practicly an experiance wiki user, so if you ever need any help with something, what ever it is, just send me a message on my talk page!

I have over 72 Star Wars Action Figures, ranging from the Vintage line (1980's), to The Vintage Collection. Will Eventually list all.

The year of publication is always printed inside each annual, but the title of the annual traditionally refers to the following year. For example, the annual published in 2010 is called the "2011 annual". I collecte all the Annuals, from '07 - '11. ﻿

Retrieved from "https://swmerchandise.fandom.com/wiki/User:TARDIS2010?oldid=10401"
Community content is available under CC-BY-SA unless otherwise noted.